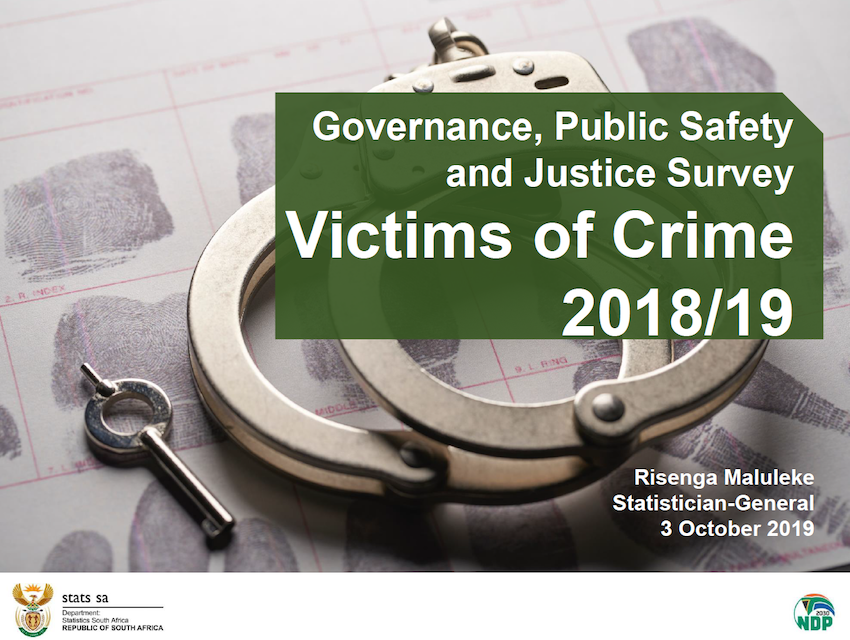 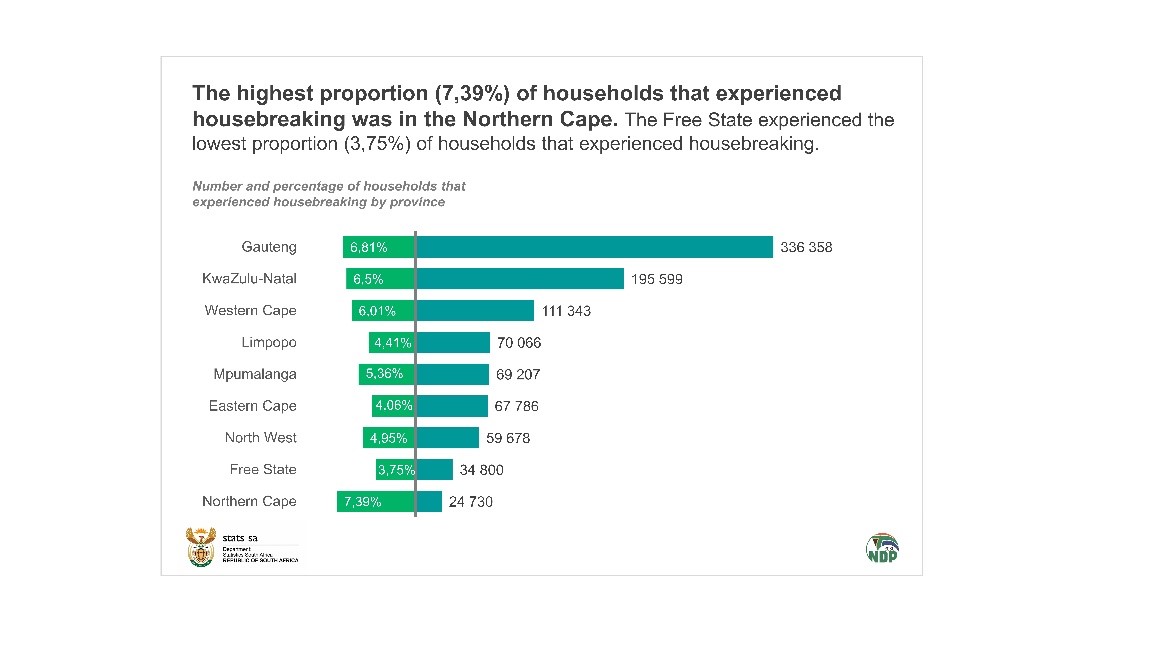 This is according to the Governance, Public Safety and Justice Survey (GPSJS) 2018/19 released by Stats SA. Data on victims of crime was previously collected through the Victims of Crime Survey (VOCS); this survey was redesigned into the GPSJS to make provision for new information on required on governance. Thus far, two reports from GPSJS have been published – one on governance themes and the other on victims of crime.